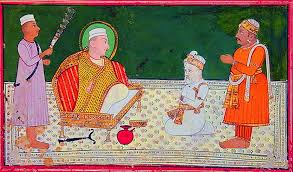 Okay OSR boglards, time to debunk your petty expectations once again. So alignment, nice idea but fundamentally you are all WRONG!?!?!@ Let's get this started, I'm not like the 5eIDF (5th edition internet defense force) so no I'm not advocating for aligment to be removed. It does get some aspects right.  Like good vs evil; an objective morality that is cosmologically opposed and plays a direct role in the game. Classic, mythological and logical, unlike the usless modernist cringe of "mUh LAw anD cHAos" I swear you silly people. The law vs chaos alignment is illogical in so many ways.  First of all let's look at this idea, your dualism is cringe. You all sound like a more impotent version of Zoroastrians (aka gay) and those people can't even argue their own postions. Imagine believing in an all powerful diety but having him be cosmologically opposed lmao. If God is all of totality how can he have an opposite. What's even worse is YOUR dualism isn't
Post a Comment
Read more 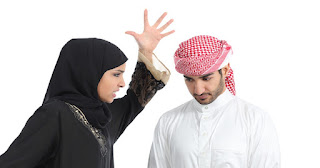 Okay Groglards I'm back with another super hot fire list. I know all of you kafir need some good moral lessons that only the most glorious Koran can give.  Is your super epic (lol) cool gonzo-historical-authentic-pulpy campaign not going to hot? Are you tired of science fantasy, judeo-western, self referential fantalol backdrops? Well then can I recommend the glories of Islam? As I will tell you, the Quran and the words of the prophet are not just an objectively perfect moral and theological system but can also improve YOUR D&D worldbuilding.  1. Provides an exact and good monetary system to replace memecoins. (gold pieces lmao) As the Quran provides exact instructions on thr monetary value of the golf Dinar and proper halal tax practices, that YOU to use in your game. 2. Halal and Haram are better than law and chaos because they are real, are actually logically cosmologically opposed and are more impactful on gameplay.  3. Made the framework for one of the best D&D class
Post a Comment
Read more 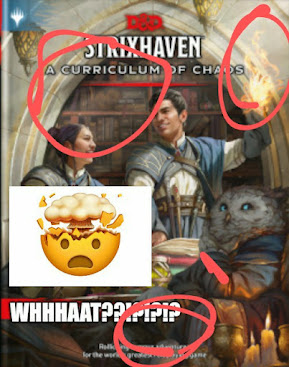 You heard that right OSRlols the best and most old school content ever created is actually from 5E. Everything good and bad with the OSR is here. Here are the TOP 10 ways that Strixhaven is not just OLD SCHOOL but THE MOST OLD SCHOOL. This is absolute clickbait BTW 1. It sold like puppies during Ramadan. Those subpar numbers are very osr 2. Homosexual undercurrents and themes  3. Had to apologize for being culturally insensitive and rude (OSRLOLs do this all the time while still courting controversy) 4. Big hype train but then forgotten  5. Tie in with other consumerist nonsense (YA novels are the pulp of the 2000s ((but higher quality)) so yes this is just like your awesome meme tier appendix N product) 6. It is using THE BEST OSR system (5E is the best and most old school rule set and the one OSRLOLs are obsessed with)  7. Controversial (the most controversial) 8. Struggled to stand out amongst release bloat in a big way 9. Anime  10. An EXTREME blatant ripoff of popular fiction trop
Post a Comment
Read more

A cabal of weird and comical elves 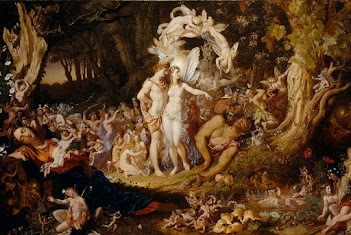 I love the bizarre and surreal, and after my article debunking human centric sons of a dog's, I have decided to create a whole bunch of whimsical Elves to add into your campaigns. Imagine that this is the pillowtalk after I intellectually sodomized you, the young (middle aged) OSR gamer. You were flying high, running those fun pulp style adventures in your humano-centric super cool low fantasy setting. You had your favorite merch from [insert story game mouthpiece on social media] and everything was good. Until the intellectual prophet Malalhotep came along and artistically debunked your false assumptions. Previously I left you cold, alone and wet, but now I'm back to fill the void. Now with this list of subraces you can logically and spiritually fix your campaigns.  I based this around my own personal taste in rules so everything here doesn't really try to mess with ability scores; since my own personal games are usually statless. Some minor conversions will be needed to a
Post a Comment
Read more

Flashing Steel and the Power of Love 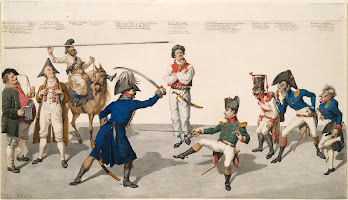 Hello OSR  dumbasses, I had a dream after my evening prayers. Allah gifted me with this story and as his servant I give this as a gift to you. Aka I was horny and in a mood to fight, so enjoy some actual flash fiction this time! Sabres flashed high in the jilted desert winds of the ancient gardens. The sandstone palace looked on grim and brooding at the gallant duelists. Blood and sweat laced the ground as mighty swathes were cut deep into their beautiful and heroic flesh. Woe was brought to these hotheaded men of France! For love and honor did they tear at one another. Their sentimental souls were aflame with passion. Which so greatly bursted from their manly bosoms. Their curved death dealers were twirling in their graceful arcs of hate. Locked in an endless ballet of martial prowess, they swirled like dervishes stuck between heaven and earth. One wore the baggy sarouel trousers and red chechia of a bombastic Zouave officer, bedecked so wonderfully in his colonial desert garb. Th
Post a Comment
Read more 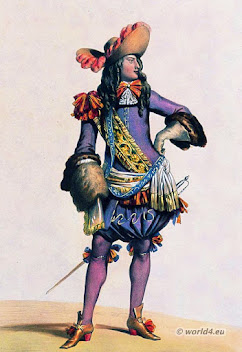 Okay OSR (Obnoxious, Sad and Retarded) "friends" after a bit of an absence I have returned with a bit of spontaneous, short fiction. So in other words I'm going to keep this to about a thousand words.  So what is this? I decided I wanted my own aesthetic and crappy "punk" genre. While I enjoy steampunk and the like, I ultimately find it lacking. It can be fun at times, but frankly most of it is crap. Bad cosplay, YA novel tier fiction and a couple of half decent video games make up the genre. Even the greats of the genre like Jules Verne aren't even really in it, the modern genre has almost nothing to do with the Victorian authors they so take from.  So with that what is my proposed counter creation? What is something romantic? Ornate? Aristocratic? And is utterly counter to the old timey Rick and Morty queer infidel shit? Well I can't quite decide on a name but a couple of names are: Ancien-Regimepunk, Antoinettpunk, Baroque Futurism, Rapier and Planet,
Post a Comment
Read more 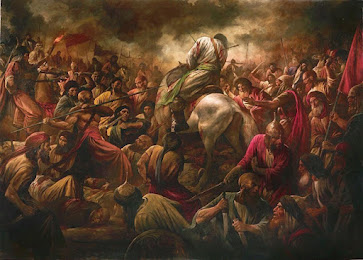 I am most elated to bring to you my first RPG release, it might be small and a bit shit but I was happy to make it. My desire to run a game set in the sands of Arabia and the palaces of Persia has been great over the years and finally I have the means to do so.  This is a very rules lite game, many of you might seem disappointed but I don't care. The minimalism of the game  will allow for greater freedom than anything I could have made in a heavier system. At the same time I know much of my audience will only have a cursory understanding of the cultures of the orient, therefore forcing them into that alien of setting would be a bit cruel. This style of game I think is best for allowing players to add as much complexity as they want. You could make a disney Aladdin game just as easily as a low fantasy historical game, I think in terms of playability this is the best. I don't expect the average OSR gamer to be a scholar of oriental studies or Arabic so I think this should give
Post a Comment
Read more
More posts